“If you get, give. If you learn, teach” – Maya Angelou

We are pleased to introduce you to our Mentoring team for the Beyond Music Project Vol. 2. Three fantastic artists who want to share their experiences with you. They cover a very broad artistic spectrum in terms of singing, songwriting, composing, arranging and producing, play various instruments, have many years of experience and perform on the biggest stages in the world. They feel at home in different cultures and embody with their artistic work the vision of Beyond Music – across genres, cultures and always open for new ideas. 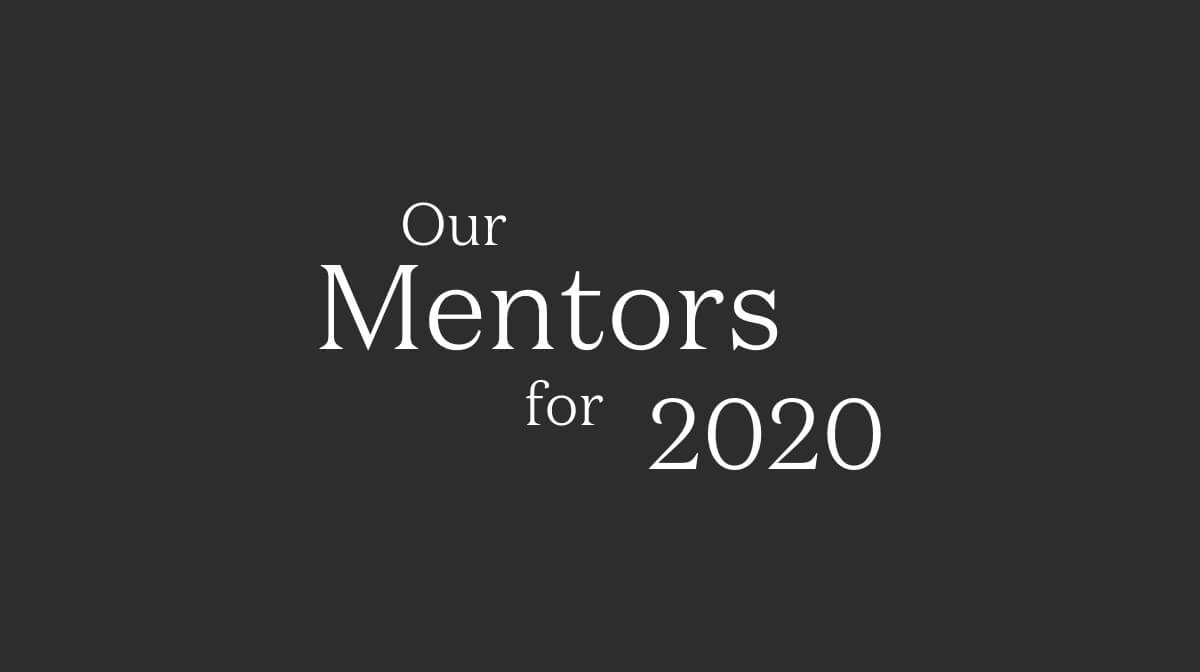 The three Mentors will talk via video tutorials about different topics you have been asking for and support you on different levels: composing, improvisation, songwriting, production techniques, career development advice and many other topics. They will reflect your artistry from an artist´s point of view. The video tutorials are exclusively available to the Beyond Music community. Watch all videos here.

The Mentors will also present the last nine Creativity Awards. They will listen to all your submissions and choose their winners from them.

Be ready for all that is coming. And be prepared for new input and lots of inspiration!

Born into an artistic family in Tirana, Albania, in 1981, Elina Duni made her first steps on the stage as a singer aged five, singing for National Radio and Television. In 1992, after the fall of the communist regime, she settled in Geneva, Switzerland, with her mother, where she started studying classical piano and thereafter discovered jazz. She went on to study on the jazz programme at the Hochschule der Künste in Bern. During this time, she formed the Elina Duni Quartet with Colin Vallon on piano, Patrice Moret on double bass and Norbert Pfammatter on drums. This represented a return to her musical roots, a combination of Balkan folk songs and jazz.

After two albums, “Baresha” (2008) and “Lume Lume” (2010), both on Meta Records, the quartet went on to release for ECM in 2012, “Matanë Malit” (Beyond the Mountain) and in 2015, “Dallëndyshe” (Swallow), which were praised by the wider European media for their lightness as well as their subtle manner of exploring Albanian folklore. In 2014, Elina Duni released her first album as a singer-songwriter in Kosovo and Albania, entitled “Muza e Zezë” (The Black Muse). In 2017 Elina Duni was one of the recipient of the Swiss Music Prize and started a new project with the highly acclaimed London guitarist Rob Luft. The Album “Partir” featuring Elina Duni as a soloist (accompanying herself on piano, acoustic guitar and percussion), has been released in April 2018 on ECM.

Yaron Herman was born in 1981 in Tel Aviv. He decided to take up playing the piano at the age of 16. His teacher was the renowned Opher Brayer, famous for his methods based on philosophy, mathematics and psychology. Yaron was soon giving his first performances in the most prestigious concert halls in Israel.

At 16, Yaron left for Boston where he planned to enroll at the Berklee College School of Music. He found it didn’t satisfy his craving for knowledge and discovery and decided to return to Tel Aviv. On the way back he stopped over in Paris, that evening he met some musicians during a jam session and was given a contract the very next day. He never left Paris from then on. His enthusiasm and talent, surprising in someone so young, meant that he quickly became the pianist that everyone was talking about. He was awarded the Sunside «New Talents» Trophy by unanimous vote. At 21, he recorded his first album «Takes 2 to know 1» on the Sketch Label alongside Sylvain Ghio. He developed a theory of musical improvisation called «Real Time Composition» which earned him the chance to give a series of lectures at the Sorbonne.

In October 2005 he recorded his first piano solo album «Variations» on LaBorie Jazz Label on which he presents his «Themes and Variations» concept. Thus each tune, each theme in our collective memory can serve as an excuse for playful, creative innovation, improvisation and invention. Yaron started to give his first solo performances in Europe, in South America, in the United States and in China where he was the first Jazz pianist to play in Beijing. In 2007 he was elected Adami Jazz Talent. After more than a hundred solo concerts around the world, Yaron recorded his first album as a trio «A Time for Everything» along with Matt Brewer and Gerald Cleaver a subtle blend of jazz, pop and his own personal compositions. The album received critical acclaim winning «Choc Jazzman» of the year and «Disque d’émoi Jazz Magazine».

In 2008, the trio toured Europe, the United States and Brazil. In the same year, Yaron won the award «Victoire du Jazz» in the category «Revelation of the year» for the album "A time for everything". His Belgrade concert, in October, was broadcast live in 39 countries on the musical TV channel Mezzo. In 2009, Yaron was nominated for three "Victoires du Jazz" awards in the categories: Artist of the Year, Album of the Year (for the album Muse), and People’s Choice. Yaron’s album Muse also went on to win the iTunes title Jazz Album of the Year in 2009. He was president of the jury at the Montreux Jazz Piano Solo Competition in 2012, 2015 and 2016, and president of the Montreux Jazz Academy in 2015 and 2016.

He gives TED lectures on math and music through the theme of the creative process (TEDX Paris, TEDX Cern, TEDX Epfl and TED Global) and for a lot of companies on its unique journey such as Google, Raise, One Point. On February 15, 2019 Yaron Herman released his 9th album, Songs of the Degrees which he is currently presenting on an international tour.

Classically trained at the Conservatoire National Supérieur de Musique de Paris, the musician Manu Katché was originally destined for a noble career as a percussionist in a symphony orchestra. Probably this is one of the causes of the "Katché sound" which makes his stroke of the baton recognized among a thousand by informed music lovers. A stroke of the stick that will take him away from classical music to jazz and then to pop-rock. Very soon he was back on stage and in the studio, alongside the great Frenchmen: Goldman, Souchon, Chedid, Catherine Lara, Michel Jonasz, but he owes the explosion of his career to Peter Gabriel who asked him to play drums for the album "So".

Some musicians refuse to be put into a category, at the risk of disturbing the most timid. This is Manu's privilege, capable of mixing all influences and adapting to all styles. Manu's unique drum sound immediately got him spotted by pop-rock stars and opened the doors of studios and major international venues for him. He recorded for Joni Mitchell, Sting, Dire Straits, Tears for Fears, The Christians, Robbie Robertson, Joan Armatrading, Paul Young, Tracy Chapman, Youssou N'Dour, Pino Danielle, Simple Minds, Joe Satriani, Richard Wright without sulking his French-speaking friends, as he met up with Véronique Sanson, Francis Cabrel, Laurent Voulzy, Stephan Eicher and Michel Petrucciani...

In terms of official recognition, things are going well: first Victoire de la Musique for "Best arrangements" in 86, second Victoire in 87 as "Best studio musician"; crowned "Best coming up drummer of the year" the same year by "Modern Drummer", he won his third Victoire de la Musique in 1996 for the soundtrack of the film "Un Indien dans la ville". In 1996, the Drum Festival of Montreal awarded him an award, then in 2004 it was the turn of our Minister of Culture to inscribe him in the order of Chevalier des Arts et Lettres. Finally, his musical creation for the Musée Grévin and soon his wax effigy confirms the notoriety of the authentic character that is Manu Katché.

Hailed and rewarded both as an exceptional musician and a talented composer, he never gave up his first love: jazz. Witness the creation of his band "Manu Katché Tendances" in 2004, with which he toured internationally, and his appetite for the "Nordic jazz" of Norwegian saxophonist Jan Garbarek with his album, "Neighbourhood" in 2005, released by Manfred Eicher's mythical record company: ECM Records. Still on the album side, the next one, "Playground", was released by ECM/Universal in 2007, "Third Round", was released in March 2010 (still on ECM/Universal). Manu's latest opus, simply titled "Manu Katché", will be released on October 29, 2012 (ECM/Universal). The group's line-up was renewed with each tour.

From 2007 to the end of 2010, Manu Katché hosted "One Shot Not" on Arte every Thursday around 11pm. At the end of March 2010, he presented a new show "Musicalities" on France Inter from 10pm to midnight. In 2012, Manu took over the drumsticks for the anniversary tour of "So" with Peter Gabriel. In 2013, he brought out "Roadbook", published by Cherche Midi, in which he recounts his international career. In 2014, Manu Katché releases "Live in concert" on the ACT label with Jim Watson, Tore Brunborg and Luca Aquino, after a marathon tour of more than 150 concerts around the world. A new album in quintet (with Ellen Andrea Wang on bass) "Unstatic" was released on March 11, 2016 by Anteprima Productions / Musicast. He gave his first concert at the Olympia in Paris as leader: Manu Katché & Friends on April 7, 2016 with a host of guests including Sting, Stephan Eicher, Richard Bona, Raul Midon, Noa.

In 2017/2018, he explored the formula of the quartet by recording "The Scope" with a long-time companion on bass: Jérôme Regard (who knows how to adapt himself to all contexts...): jazz, pop, rock... and who has played with Michel Legrand, Jan Garbarek, Louis Winsberg...), the guitarist Patrick Manouguian, who accompanies both big names in jazz (Dee Dee Bridgewater, Minino Garay, Didier Lockwood...) and French variety (Bernard Lavilliers, Florent Pagny...) and the album's producer and pianist Elvin Galland.