Niza Simukonda was a Zambian based recording artist whose debut single, and video for Tata Wandi were released in 2018 to much fanfare. Niza, who was born on 20th December 1991, was the son of legendary Zambian musician Ackim Simukonda. The Tata Wandi single, written by James Sakala is a tribute to his late father with a new take on his late dad's swansong Bana Bandi, released 20 years ago. His sophomore single Eco Nkwete, also written by Sakala also debuted in December 2018.

Niza’s past musical exploits include being a voice coach and a music director at a church.

Born and educated in Livingstone, though he briefly lived in Kabwata, Lusaka with his parents in the ’90s, Niza’s dream has been to pursue music. He lost his mother and father early on in life and was raised by his late mothers’ family. His journey has seen him gainfully employed in other fields including a stint once as a chef, for which he received training. 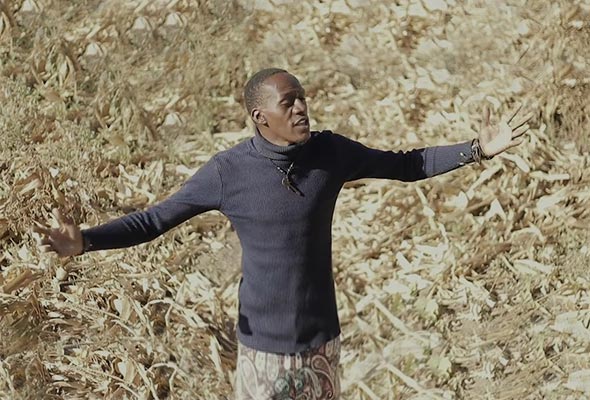 Our world is blue
Play

The song “Our world is blue” is a declaration of love to our blue planet. It describes the beauty of our world in wonderful colorful pictures and is nevertheless critical. This song should remind people of the unique but fragile beauty of our world and: The worlds impermanence. We´ll lose our blue planet, our only home, if we will not immediately begin to stop the environmental pollution and the climate change. The song was recorded with 15 musicians from all over the world. “Our world is blue, we never get another”

It all began when Niza in Zambia reached out to Alex in Switzerland. It being the time of COVID, they decided upon the theme “Nature Has Decided”, recognizing that humanity was going through an “ego check”, keeping many people at home and restricting their life. Colombian vallenato seemed to fit like a glove – vocalist, rapper and percussionist Rodry-Go was on board along with soulful Latin vocalist, Nolita Golding. And there were lyrics and melodies in three different languages - Bemba, Spanish and English.

When high energies from East Africa come together, prepare to get uplifted to a higher frequency. Niza Simukonda from ZAMBIA dropped some slick vocals, Sinaubi from TANZANIA added a chorus, verse and some hallucinating sounds with his kalimba. Masta Luminary from Kenya sound engineered and made the beat fusing African instruments like Nyatiti, Ngoni and Hotchiku Japanese flute blended with sweet percussions enough to take you to a whole new world. Enjoy

Lost is a song about the earth. It basically a conversation between the planet Earth and it Ambassador to the pepole. Encouraging them to take care of the resorces with responsibility