menu
About me Project music
Kyekyeku

Kyekyeku & Ghanalogue Highlife is a celebration of Ghana’s music heritage of a bygone era and yet a salutation to the evolution of modern trends with a sound locked between a sumptuous folk style and West African urban beat. With lyrics reminiscent of village recreational songs, protest songs, love poetry and old African spirituality, his music touches on themes concerned with the well-being of Africa and the world society. Kyekyeku escorts you on a soulful journey to the enchanting lands of West Africa in a Palmwine meets-Highlife-meets-World Grooves fun moment!

His group has been an audience favourite at music festivals including the Montreux Jazz Festival, Canarias Jazz Festival, Etnosur, Pirineos Sur and Latitude (Uk) 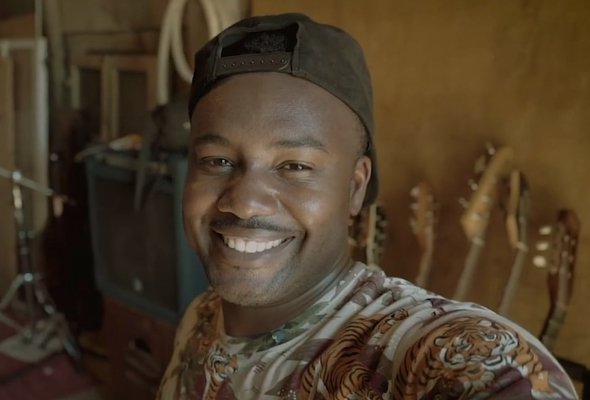 Uncertainties and unlike poles create movement and response giving the need for the attempt at resolution, life, reason and purpose, without which we would be inanimate, lifeless and have no energy. A great factor that makes us human is the ability to decide to indulge or not, the interplay between being held back by our fears and inner capacity to proceed brings about this conflict that gives us the ability to analyze, take stock make records and to learn. Conflict then is a neutral thing, we decide how to use it.

In combining Afrobeat, Brazilian Samba and Ghanaian singing in English and Portuguese, this tune explores cultural identities of places with similar environmental problems. ‘Gaia Gaia ‘is a realization of our situation as a society now, it is inspired by events in Brazil’s Amazon and Ghana’s Atewa as two of the rainforests where government policies are pushing the environment to harm and disaster. Culturally, this project explores the idea that the beauty of culture also depends on how far society would indulge and share in another’s culture.