Argentinian guitarist, composer, singer and arranger. Originally from San Martín de los Andes (Neuquén), he arrived in Buenos Aires in 2001 to study Composition at the Juan José Castro Conservatory, an institution from which he graduated in 2008. 7-string guitar player specialized in South American music.
In addition to the title of composition of the Conservatory "Juan José Castro" he has trained in piano with Lucas Nikotian, composition with Juan "Pollo" Raffo, Marcelo Moguilevsky, Marcelo Katz, Hernán Ríos and Santiago Vázquez among others.
He has carried out improvement clinics in Brazil on several occasions in the disciplines of solo guitar, arrangements and advanced harmony with world-class teachers. He participated in the 2008 and 2010 “Curitiba Music Offices” and in the Itajaí Music Offices in 2009, training with: Ian Guest, Marco Pereira, Rogério Souza, Eduardo Neves and Genil Castro. 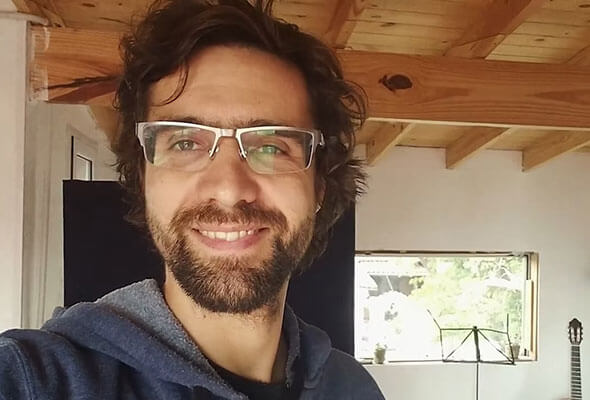 A song about losses composed by Silvia Aramayo and Sebastián Pérez, arranged for flutes, piano, bass and percussion.