Joel Klein was born in Paris in 1974 and grew up in New York and Stockholm. He has been a part of the South African music scene since 1995 and is one of the most sought after session guitarists and musical directors in South Africa today with over 300 cds as well as numerous tv and film soundtracks to his credit.

Joel Klein has worked extensively with Miriam Makeba and played guitar on two of her albums, (’Reflections’, 2004 and ’Makeba Magic’, 2006) and has toured the world as the guitar player of her band.

Joel has also performed as guitarist and musical director for another South African legend, Ray Phiri, who was the co-composer and arranger of Paul Simon’s Graceland project. 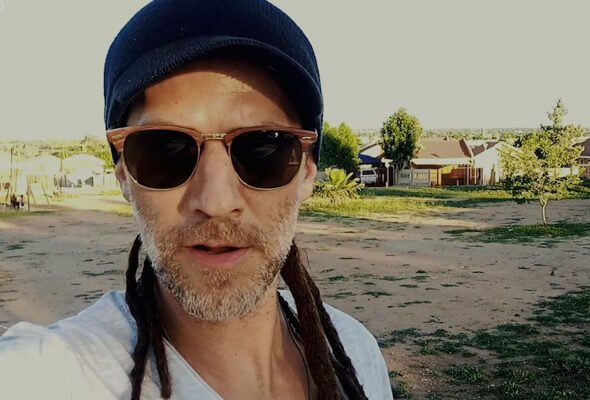 Diphapano "Conflict" Is a song about conflict, the lyrics are in Northern Sotho also called Sepedi which is one of the languages from Limpopo province in South Africa. The song is lamenting on how conflict destroys people, families, communities and nations. The approach to the song is poetic and deep in thought.  The song is also a pleas for peace and understanding. The songs features Anewal, Alhousseini Anivola, from Niger/mali and blends the South African Pedi style of music with the north west/African desert blues....

The song has a pop foundation with elements of African fusion, world music and blues. The message is clear: That we have to be the change we want to see. It starts with me and you. Through love for our fellow humans, for our planet and for all that dwells there in, we can heal our broken world. What are we leaving behind for our children? Let's wake up! Don't we think about the future? All the destruction, killing, hatred and wars needs to end in order for the world to survive. Love, compassion, and caring are the keys for the future.