Mariel Barreña: Singer, pianist and composer, born in La Plata, Argentina.
Play the accordion, guitars and percussion. She is currently releasing his latest record and visual work: "Viva. Destino del Canto" (Argentine Popular Music) This has the participation of Omar Gómez (Amigos del Chango) on bass, Pablo Vignati on bass drum and drums, Gabriel Larraz and Nehuen Ercoli on guitars, Ignacio Alvarez, (member of Bomba de Tiempo ) in percussion and varied guest artists. Recreating a repertoire of current Argentine music under the influence and search of his own voice. The disc has its own compositions and specific music versions of the Argentine popular songbook. All arrangements and musical ideas are their own. 2019 he finds her in Japan and Korea giving concerts with Ensemble Selene, a project that is formed under the production of Sukiyaki meets the world. She also accompanies the multi-award-winning artist "Mariana Baraj". She teaches at the University La Plata Bs As Arg. 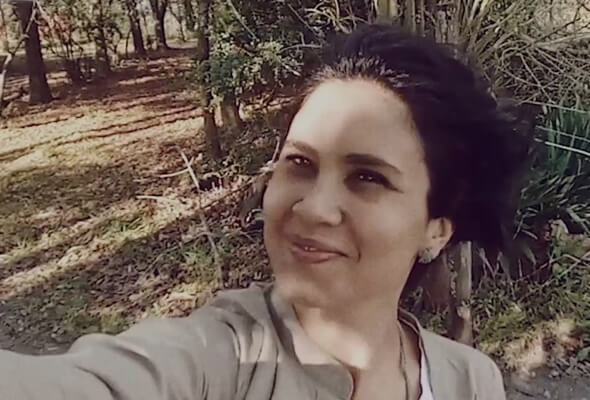 Submissions are displayed once the submission phase has ended.

This song talks about the communion of Latin American rhythms with African music, and the strong influence that Africa has had on our music. Latin America, as a diverse continent without borders, is one, and in it, the roots of ancestral African cultures flourish. The music, as usual, acts as an integrating element between cultures, telling us we share a common history that embrace us, the history of mankind.

Suddenly everything stopped in infinite silence. Humanity is on pause waiting for its destiny. It is time to make a decision, the wind hides his voice, and nobody hears the music of the spheres. We must be one again: Humanity and Mother Nature. Faith and hope in our sacred music. Faith and hope in our sacred humanity. Beyond our sacred Music, beyond love. This song was composed during the Covid quarantine with these amazing artists and people. Kazakhstan and its millennial voice, Amsterdam, Cuba and South America.

The song talks about the relationship with our planet and expresses the wish to go back to the start and begin again. Just like a love relationship that has hit a hard time and you wish you could start over and get past the old hurt. 'What will remain when the cold winds blow the leaves away? In the pouring rain. Will we find love, can we begin again?'

The soil of the Andean lands breaks, the waters of the world´s widest river stir in the South Atlantic, a typhoon wakes up in the Japanese archipielago and giant flames rise like burning tongues from the Korean peninsula. Earth - Water - Wind - Fire Four Elements, Four Artists. The Far East and the deepest Southwest in ask for mercy in “Sprout”, a prayer for our Mother Earth.

A song that calling for embracing our Mother Earth, listen to her needs and protect her from distraction.

Sasha: “SOY” (I am) is a romantic, Italian stylized song, where our relationship with our “mother earth” is presented as an interaction. To thrive you need to treat each other with care, love, attention and respect - it’s the only way to keep it alive … The absence of those above will, eventually, lead to disruption and disconnection, and finally - “death” of it. Mariana: This song is the voice of the earth in the first person, crying out to embrace it and give it a hope of change. Mother Earth feels without strength and needs to recover.

No submissions for project Beyond Music Project Volume 1.